Artist Mike Libby fuses together the natural and mechanical by combining real insect bodies with a variety of old wristwatch parts and electrical components.

National Geographic photographer Joel Sartore goes behind the scenes at zoos and rescue centers in order to capture portraits of endangered animals. He tells NPR: “I’m the only studio portrait photographer I know whose subjects routinely poop and pee on the background right in front of me.”

Venomous snakes at the Fort Worth Zoo.

Half of the world’s plant and animal species will soon be threatened with extinction and this keeps Mr. Sartore busy. With over 1,800 portraits already taken, Mr. Sartore has a goal to photograph 6,000 different animal species total, all of who are on the verge of becoming extinct. See the completed photos and support Mr. Sartore’s Biodiversity Project HERE.

As serious as this all is, there is also a comical side to working with the animals. Not everyone is interested in having their portrait taken, like this chimpanzee here:

Hazina the chimp stuck just her head and arms into the enclosure very slowly and cautiously.

With a single, swift wave of her arm, she ripped the 7-by-12-foot background right off the wall and floor like it was nothing.

She then pulled the entire backdrop through the tiny entrance doorway.

The only shots taken were of her destroying the set.

Moments later, Hazina poked her head back in to survey her handiwork.

Nature photographer Mac Stone captures many facets of wildlife, including these endearing and cartoon-like Burrowing Owls. See how he got close enough to take these shots: 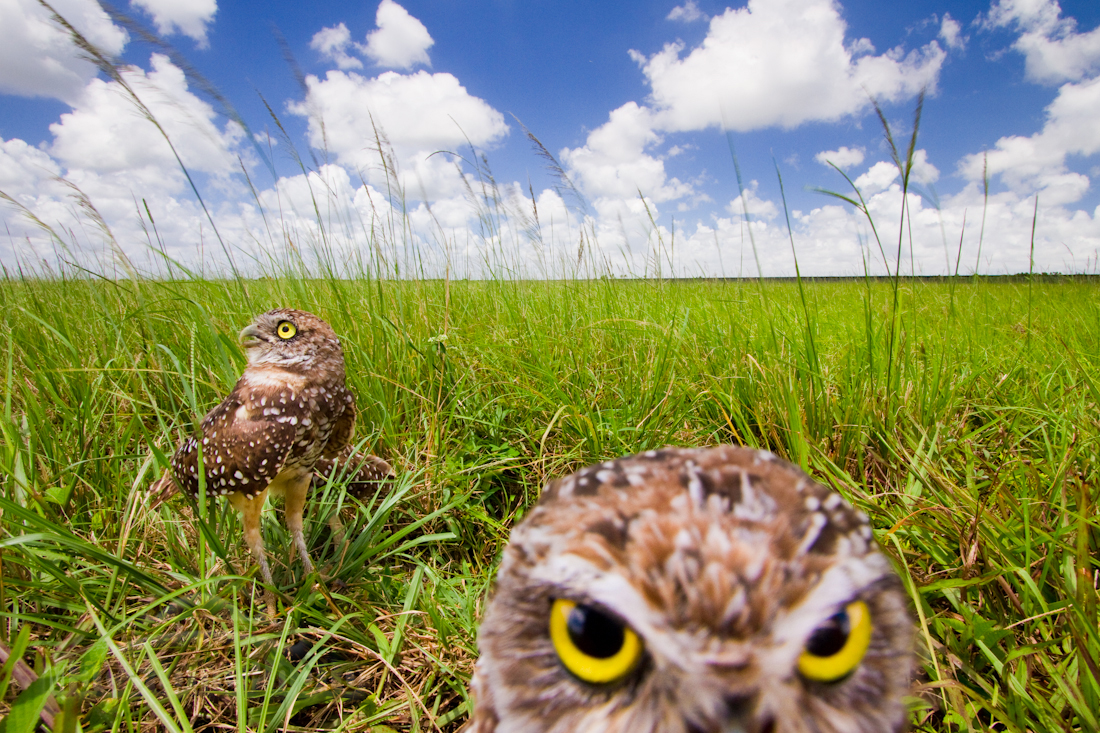 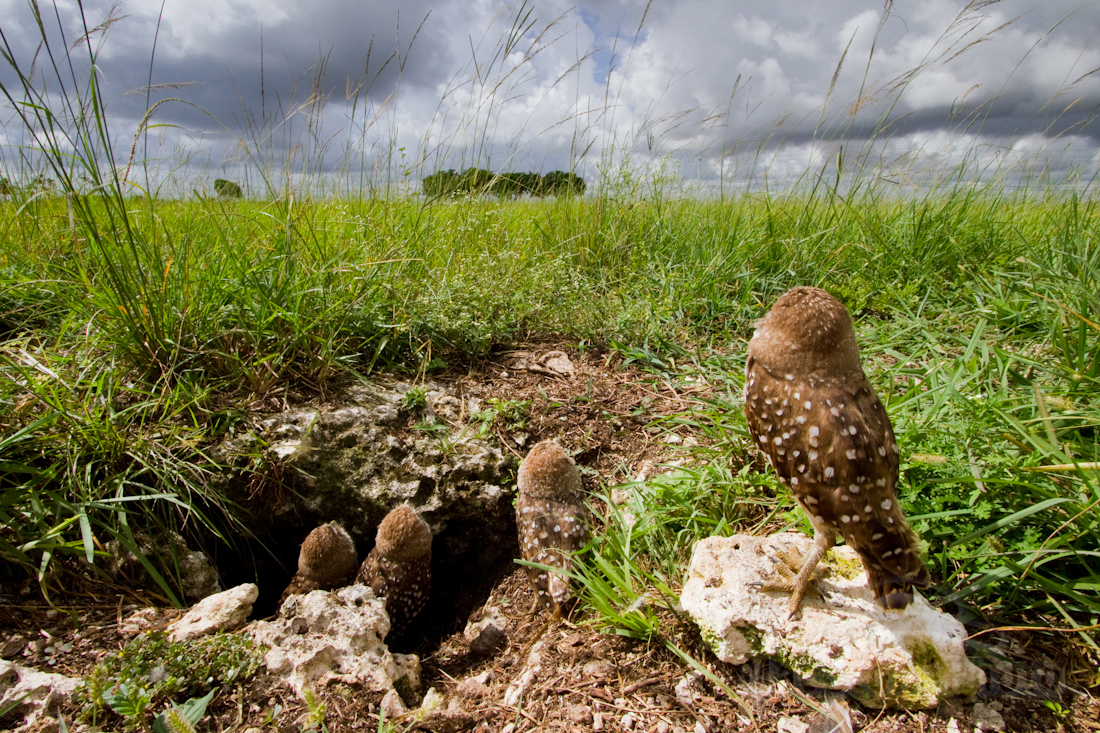 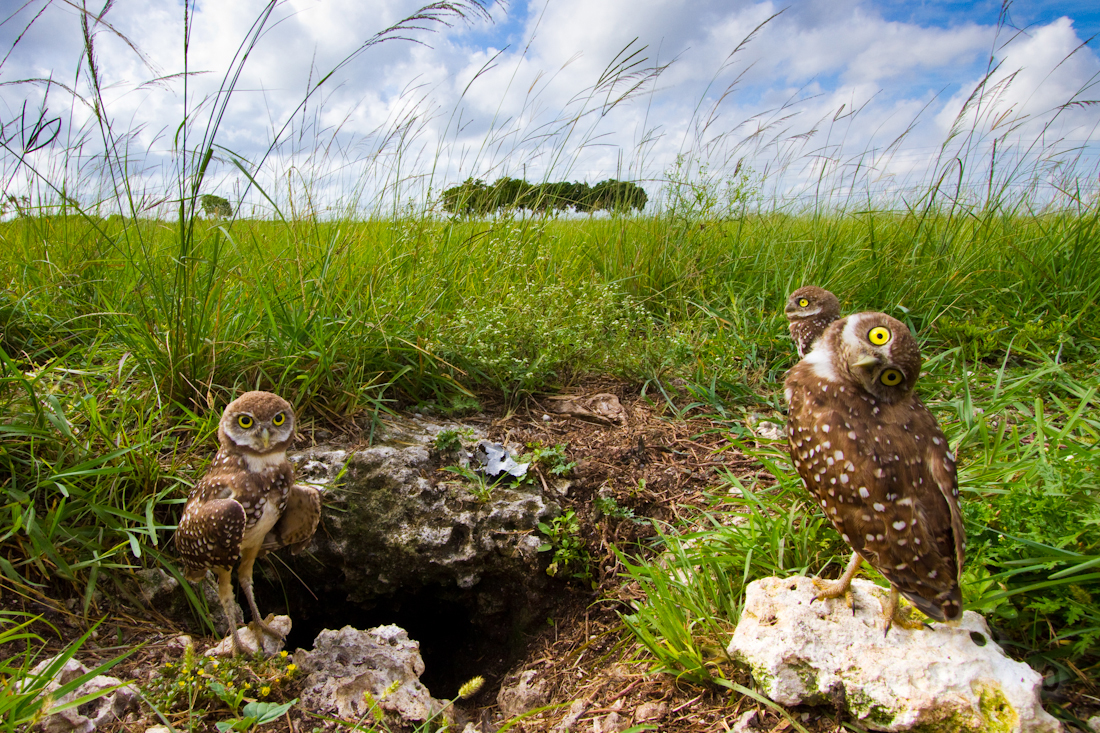 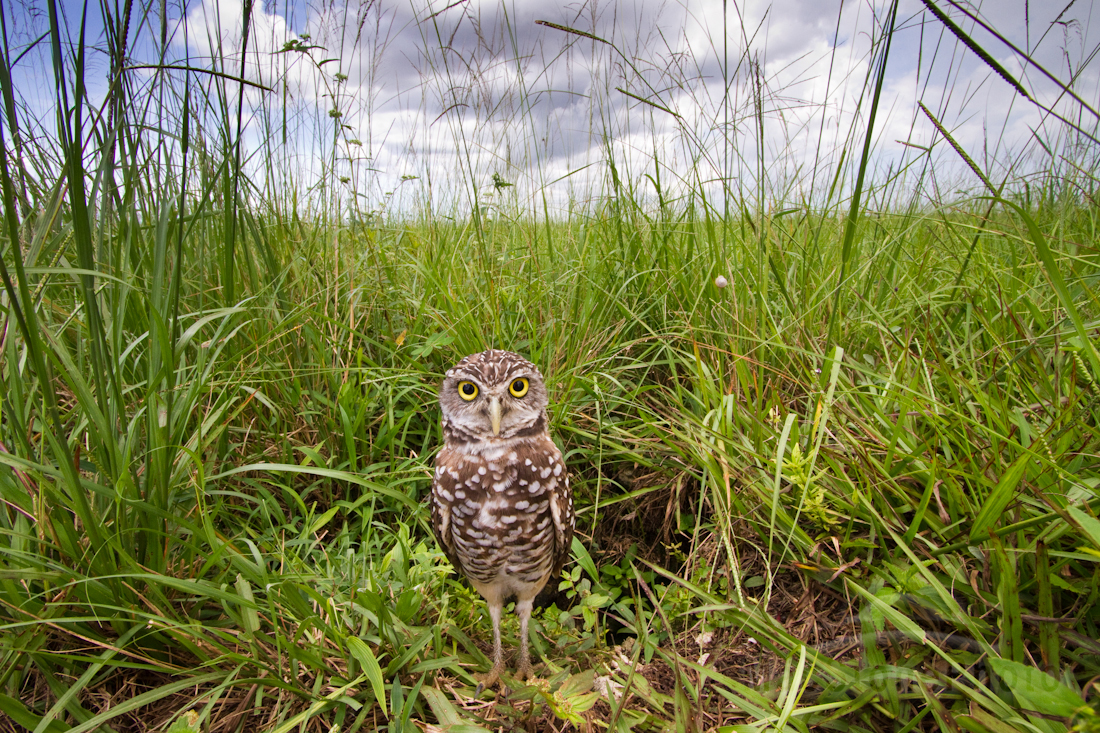 Photos and video via Macstone.com

Scientific photographer Steve Gschmeissner uses a Micrograph or a Scanning Electron Microscope (SEM) to capture various specimens at up to a million times their original size:

More photos here [via The Telegraph].

Photographer Chris Jordan gives us an intimate view of the challenges that these baby albatrosses face. From Mr. Jordan’s website:

“On Midway Atoll, a remote cluster of islands more than 2000 miles from the nearest continent, the detritus of our mass consumption surfaces in an astonishing place: inside the stomachs of thousands of dead baby albatrosses. The nesting chicks are fed lethal quantities of plastic by their parents, who mistake the floating trash for food as they forage over the vast polluted Pacific Ocean.

For me, kneeling over their carcasses is like looking into a macabre mirror. These birds reflect back an appallingly emblematic result of the collective trance of our consumerism and runaway industrial growth. Like the albatross, we first-world humans find ourselves lacking the ability to discern anymore what is nourishing from what is toxic to our lives and our spirits. Choked to death on our waste, the mythical albatross calls upon us to recognize that our greatest challenge lies not out there, but in here.”

A documentary is in the works as well – watch the (heartbreaking) trailer and support Mr. Jordan’s cause:

MIDWAY : trailer : a film by Chris Jordan from Midway on Vimeo.

Scientist Mohamed Babu from Mysore, India took these photos of ghost ants after his wife had noticed that the ant’s abdomens had turned white after drinking some spilt milk. Read more about how exactly Mr. Babu captured these terrific shots. 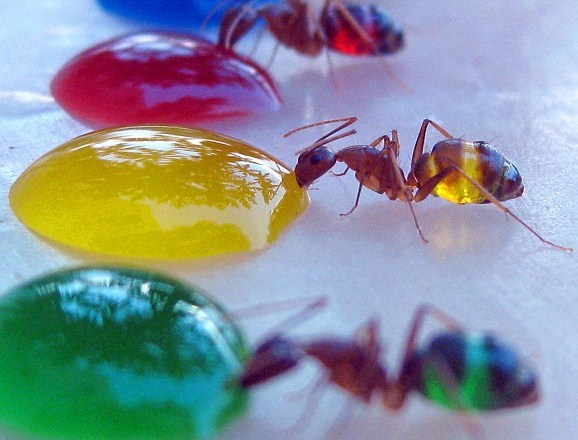 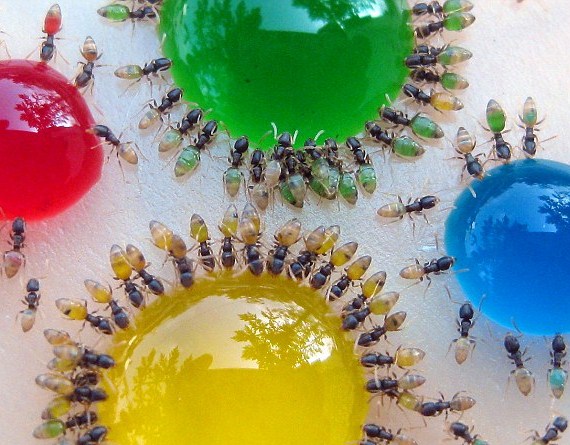 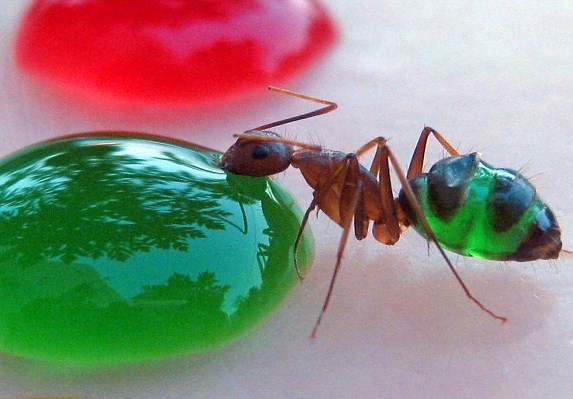