This is the story of a father, Ron Fugelseth, who sent his son’s favorite toy train into (near) space..

“On Aug 24th 2012 we sent my son’s favorite train “Stanley” to space in a weather balloon with a HD camera and an old cell phone for GPS. He was recovered 27 miles away in a corn field. This video documents the journey from liftoff to landing.”

Mr. Fugelseth’s weather balloon reached a high point of 18 miles above the earth which is just short of one-third the distance to the Karman line (the “official” boundary of Earth and space).

Supply List:
-600gram weather balloon
-Motorola i290 Prepaid Cellphone (which stopped working for 4 hours in the air, not the best device, but it’s light)
-Video camera, Kodak zi6 (this did surprisingly well for being only 720p and cost $40)
-3 Foot parachute
-Foam core box I remade 3 times
-Home made radar reflector
-Micro beacon (alarm basically) for model rockets
-Hand warmers to keep the batteries from freezing

“..I called the FAA 15 minutes before launch (per their instructions) so they could make sure no planes fly into the flight path. I read and followed all their rules for weather balloon launches. It had a homemade radar reflector, and a 3 foot parachute.

Second, the box was only 2 pounds and made of foam core, with a wooden dowel to hold Stanley in front of the camera. I spent two months monitoring the winds with this website http://weather.uwyo.edu/polar/balloon_traj.html to pinpoint the general area that he would land. For safety, I launched him from a location that I knew would bring him down into farm land. The prediction website was only 5-10 miles off, so he landed safely in a corn field, far away from any towns.”

It’s no secret that certain acidic fruits and vegetables can be used as a “battery” to fuel a light bulb. Photographer Caleb Charland captures this simple scientific phenomena in a series of magical photographs. Mr. Charland believes that ”wonder is a state of mind somewhere between knowledge and uncertainty. It is the basis of [his] practice and results in images that are simultaneously familiar yet strange.”

Next time life gives you lemons – make light! Here’s an infographic on making batteries with everday things from MAKE Magazine: 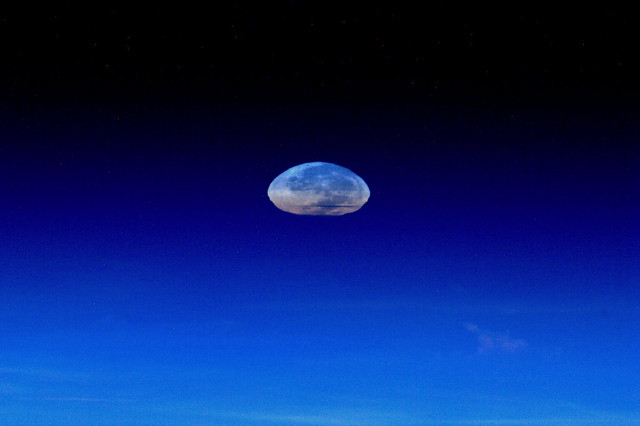 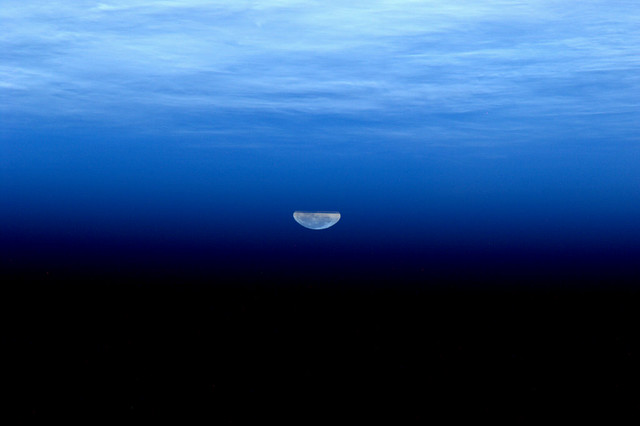 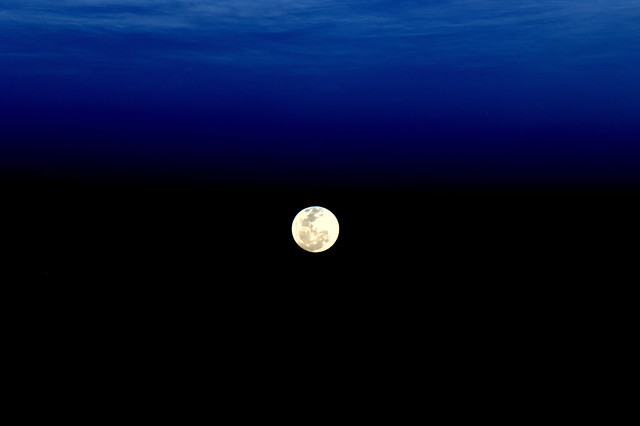 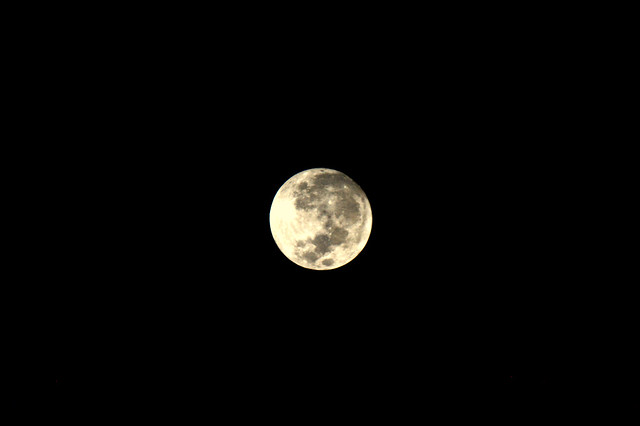 Remember the Supermoon of 2012? The perigee full moon on May 5, 2012 was as much as 14 percent bigger and 30 percent brighter than other full moons of 2012. Danish astronaut Andre Kuiper was on a mission at the International Space Station when he took these photos of the supermoon sinking into the earth’s atmosphere. These images taken high above earth from space were taken with a digital camera. The bottom of the moon seems distorted because its light is being refracted by Earth’s atmospheric layers – beautiful!

This dream, this fantasy of floating off under a cluster of toy balloons.. it turns out that Cluster Ballooning is the real deal. Early in the morning of June 7th, 2008 from an airfield in Franklin County North Carolina, Jonathan Trappe launched himself and a cluster of 55 helium balloons, and took to the skies.

Mr. Trappe’s gondola on this very first trip was actually his office chair. “It represents a contrast between the normal mundane world,” he said, “and the world of my dreams.” (via N.Y. Times).

Since that day in 2008, Mr. Trappe has made several international record setting flights, including this 2010 flight out of Mexico: 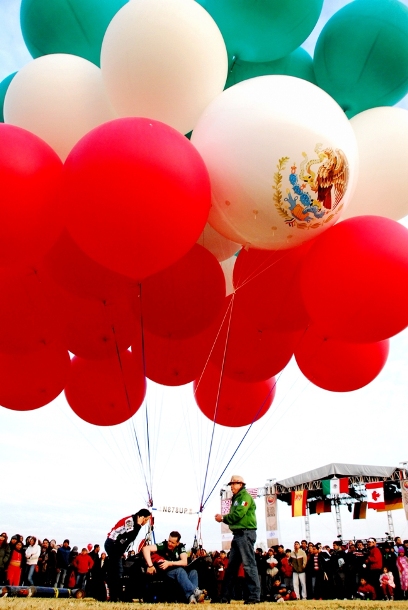 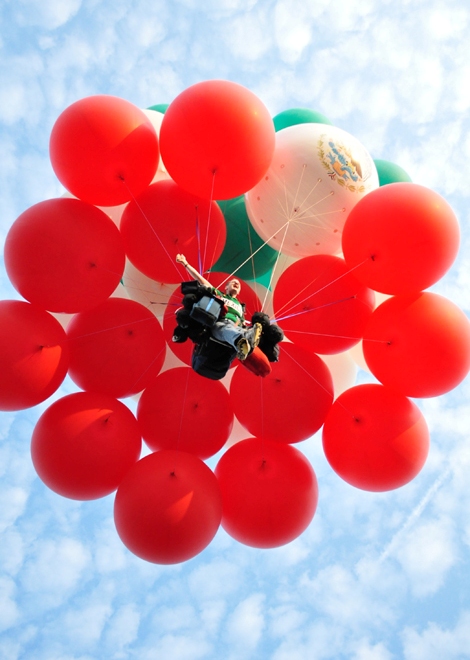 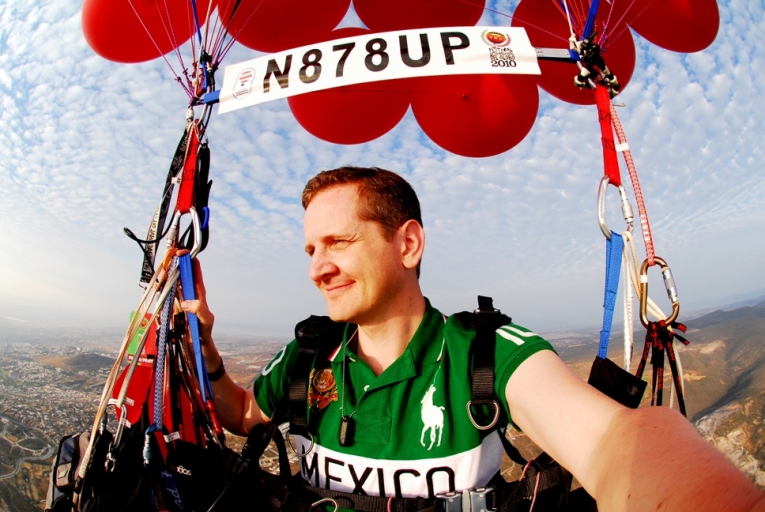 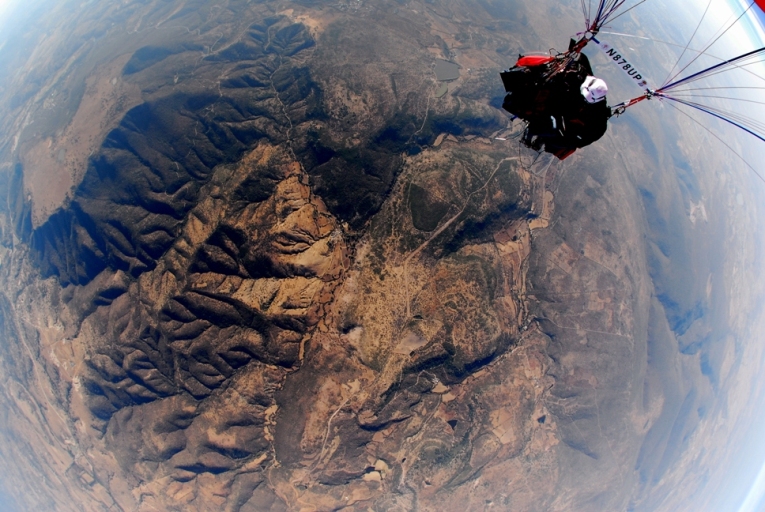 Read the play by play of the whole flight on Mr. Trappe’s site .

“So how do you do this? This is how I started, with one cell, one balloon, in my backyard…” Watch this DELIGHTFUL video from the balloonist himself: