Edgar Mueller is an artist of many mediums, including three-dimensional illusion painting or sidewalk art. Watch as he temporarily transforms an entire landscape: 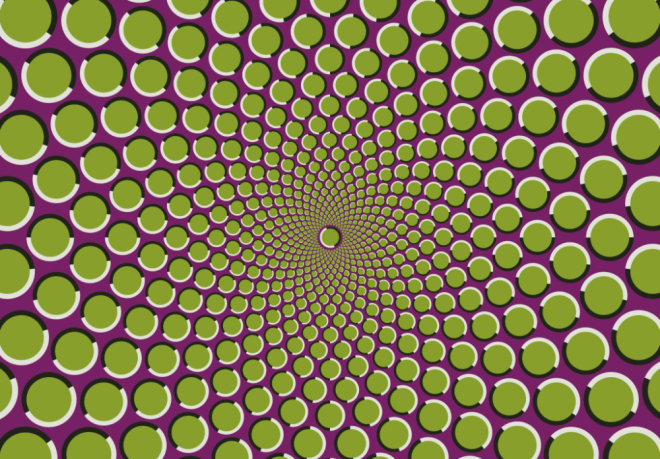 Illusory motion: The term illusory motion, also known as motion illusion, is used to define the appearance of movement in a static image. This is an optical illusion in which a static image appears to be moving due to the cognitive effects of interacting color contrasts and shape position.
(via Directory Journal)