Torrential rains brought on by tropical storm Agatha pounded Guatemala City in 2010, resulting in a massive sinkhole 100 feet deep and 66 feet wide. The flooding caused the ground to collapse, swallowing up a three-story factory and a city intersection. Sinkholes are commonly found in areas where the bedrock is limestone, or some other rock that can be dissolved by ground water, according to the US Geological Survey. As the rock dissolves, huge cavities are formed. And when there is nothing left to support the land surface, it collapses, forming the sinkhole.

In this case, the recent rains as well as underground sewage flow from a ruptured main were believed to have encouraged the giant hole.

Photographer and filmmaker Geoff Mackley and his team venture closer to this volcano than anyone has ever come before:

Photographer Wolfgang Staudt captures stunning landscapes, including the colorful light shows of the Niagara Falls Illuminations. A rainbow of spotlights shine along the waterfalls on most nights throughout the year, treating visitors to an unforgettable show: 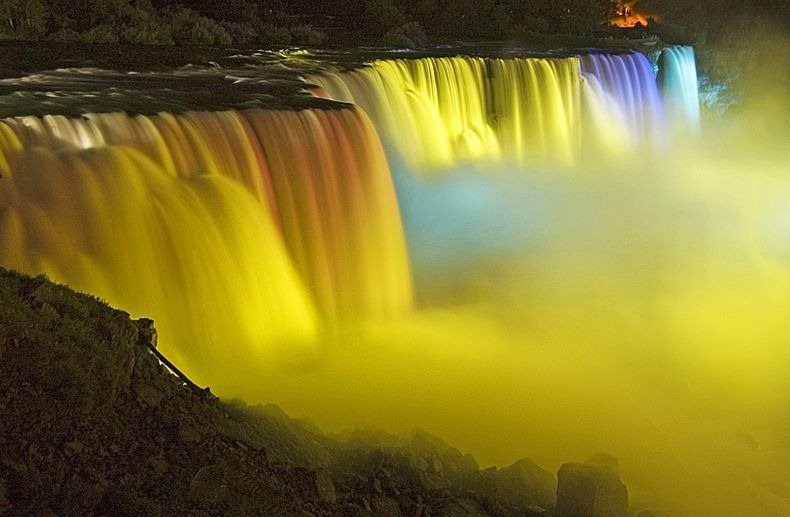 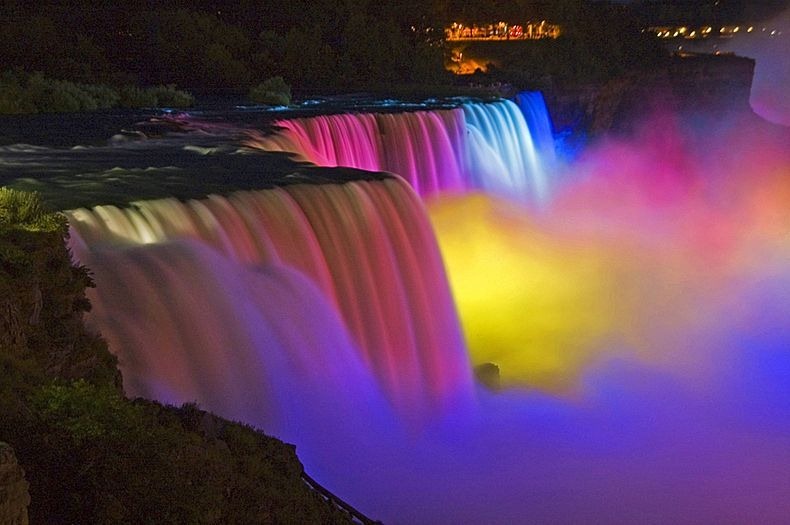 This astounding footage was shot on August 27th, 2011 by cinematographer Chris Bryan at Teahupo’o, a small village off the coast of Tahiti. At the time these guys hit the water the French Navy had declared the day a double code red prohibiting and threatening to arrest anyone entering the water. Watch and you’ll see why.